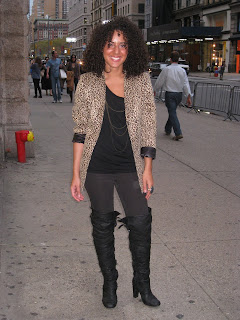 Randi admitted to being totally inspired for her costume by
our 10/28 post!
...And as for an ahh-maaazzeee-inggg Halloween treat... 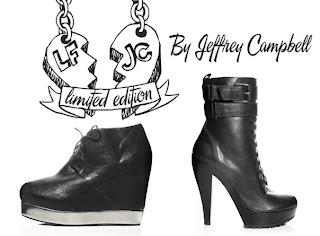 They're Jeffrey Campbell, DUH! (booties left to right: Alexa & Poland)
These shoes hit LF Stores TODAY! Go treat yourself to a REAL Halloween Treat!
Shall I say TREAT again? I really can't stress it enough!
PS. You better SPRINT into your closest LF...there is already a waiting list for both of these shoes! 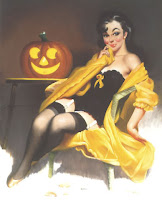 HAPPY HALLOWEEN from All of us here at Belles & Rebelles!
Posted by M at 6:51 PM 0 comments

tricks up our sleeves, treats down our... 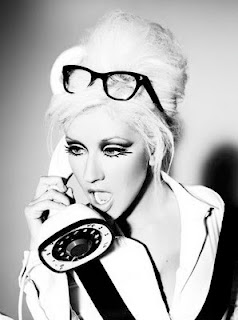 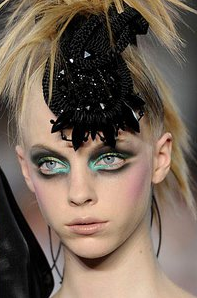 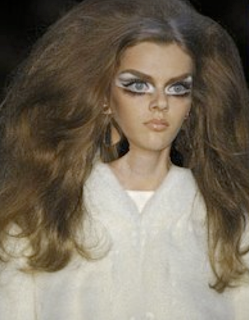 YES YES Y'ALL, we made a twitter account so be sure to follow us! Entering into new frontiers and riding the wave of the future! SO EXCITING! SO! MANY! EXCLAMATION! POINTS!
I leave you with this: 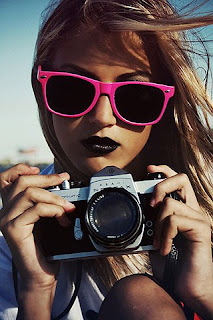 Dear black lipstick,
I want, SO BADLY, to get behind you and rock you as a casual daytime look but despite my efforts (and how AMAZING you look featured in the photo above) I just can't bring myself to do it. After the recent resurgence of Doc Martins, creepers, and black nail polish, it's quite clear that '90s grunge and goth revival are back with a vengeance and because of this, I am hopeful that perhaps one day we can be together. Until the day the rest of the world understands, our love is a forbidden one.
xx.
F
Posted by M at 10:13 PM 1 comments

The only good thing that came out of the first game of the World Series last night, for me and the rest of us Yankee fans anyway, was the fact that I got to breathe the same air as Michelle Obama when she came out for the ceremonial first pitch. I mean the woman is a total.style.icon.period. Not only is she a hot momma, but she is hip, relevant, we can all relate to her, and she is always completely appropriate. We haven't had a First Woman who could rock outfits like her since Jackie O! I mean, HELLO, those of us obsessed with fashion still WORSHIP Jackie O! So, no matter which party you vote for or which team you're rooting for in this world series, let's just agree on the fact that Michelle O potentially has got what it takes to be the next Jackie O. 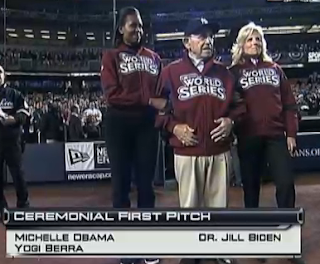 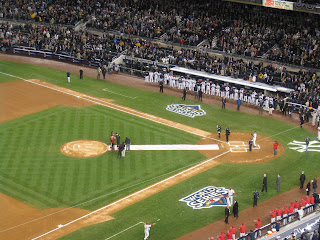 my fantastic view of the first pitch ceremonies from the grand stands. hey, at least i was there.
Ok, thanks... And let me add that I love the fact that she, like most of us girls who were lucky enough to sit through the cold, damp game last night, wasn't dressed cute or for a photo shoot. Instead she wore her World Series sweatshirt and jeans (did I mention relatable and appropriate?). I was wearing three sweatshirts, but that is besides the point. Too bad the Prez himself didn't fare the same compliments when he came out in his so called "dad jeans" for the first pitch of the All-Star Game. Hey, I wasn't against them.

the dreaded "dad jeans"
Jay-Z and Alicia Keys will be singing "Empire State of Mind" as the special guests at Game 2 tonight. Considering this is Jeter's walk-up song, the Damn Yankees better get jacked up and get their act together so they can win this series!!!!!!
xx
M
Posted by M at 10:32 AM 0 comments

When it comes to figuring out a Halloween costume, I become an obsessive compulsive maniac. Blame it on my New York City roots, but I'm permanently stuck in the mindset where anything worth doing was already done 30 seconds ago. That being said, a good costume has to be a perfectly executed combination of 40% creativity, 10% obscurity, and 100% confidence (we're working on a 150% scale, you get it). If that's too much pressure for you, you can follow this basic rule: 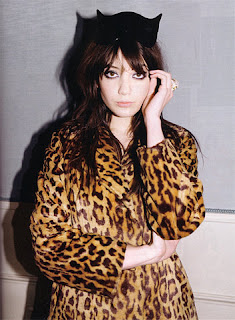 With the MJ movie "This Is It" coming out at midnight tonight (hope you already have your tickets if you're planning on seeing it during it's two week stint), keep your eyes out for Orianthi, the 24 year old guitarist that was hand-picked by the King of Pop himself to play with him at his London shows. Not only is she smoking hot with freaking amazing rocker style, but she can play some serious guitar. 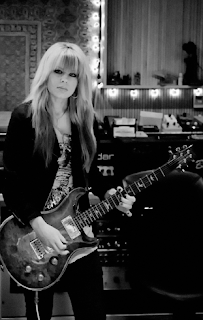 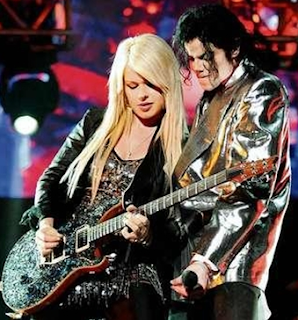 photos courtusy of orianthi.com
Her debut CD hit stores yesterday and her song 'According to You' is the free song on iTunes today (clicking "complete her album" is 10000000000000% worth the $7.99). But check her shredddddddding Michael Jackson, INSANE.
Orianthi : Now Playing : Orianthi and Michael Jackson during the "This Is It" tour rehearsals
xx
M
Posted by M at 11:02 AM 0 comments

Email ThisBlogThis!Share to TwitterShare to FacebookShare to Pinterest
Labels: GUITAR, MICHAEL JACKSON, MJ, ORIANTHI, ROCKER, THIS IS IT 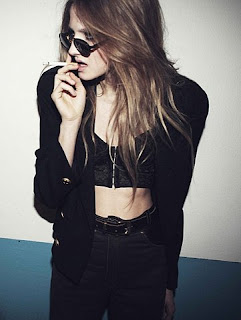 halloween week kick off. my favorite holiday. spiderweb tights and modified jason mask. they put me in the halloween spirit. what will you be this year? 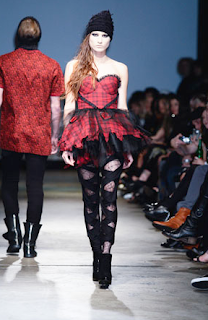 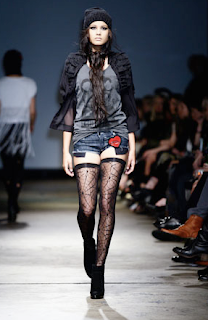 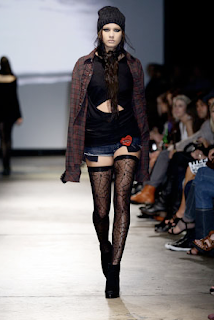 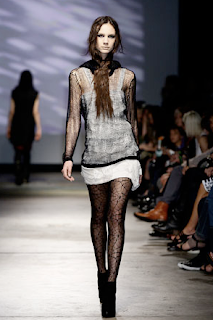 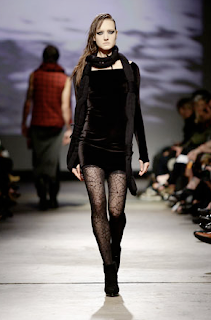 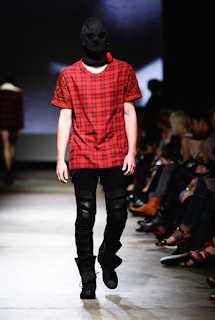 kind of like facebook...but for blogs. fabulous.
Follow my blog with bloglovin
Posted by M at 7:29 PM 0 comments

Let's talk, for a moment, about my sick-bordering-inappropriate love for Jeffrey Campbell. Pictured below is a personal note that I wrote to Jeffrey himself to show my appreciation for his creative genius and for these lust-worthy masterpieces: 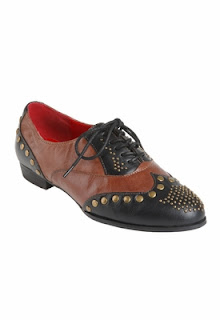 Jeffrey Campbell's "Capone"
As you can see they are amazing and perfect so the note really wasn't that far fetched. And besides, WHO THE FUCK ARE YOU TO JUDGE ME? Moving on - 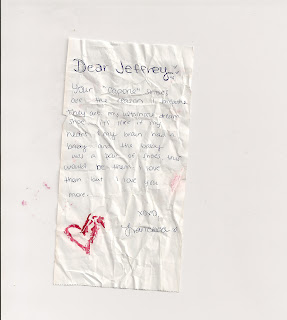 photos courtesy of JeffreyCampbellShoes.com
Is this creepy? Yes. But creepy is my middle name and if loving you is wrong, I don't want to be right. Love sick shoe fanatic? I take that as a compliment.
xx
F.
Posted by M at 8:02 PM 0 comments