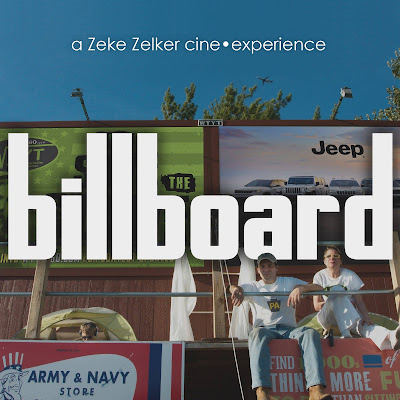 Set to premier in theaters next month (April 5), "Billboard" is a cinematic experience like no other. Commenting on the way we consume entertainment, news and life in general, Billboard shows the power of media. Whether it be radio, television, social media, a billboard, whatever, this film displays the effects of how words can be warped, how fake news can be born, and how the people can run with words taken out of context. A Must-See, the film takes place in the Allentown, Pennsylvania and follows an independent radio station that is trying to stay afloat. With a “Billboard Sitting Contest,” the station draws attention and advertisers to continue to exist. Soon after, the contest sours in the eyes of the public and becomes negative news, upsetting the community and it’s newfound followers. A satire, yet serious, this film exposes the ability for humans to come to conclusions without all of the needed information and the judgements that follow. An interesting look at the power of every medium for media and how they can effect society.

To see more, learn more and to view this film, click here.
Big Thanks to Annie over at Cinematic Red for making this feature possible!