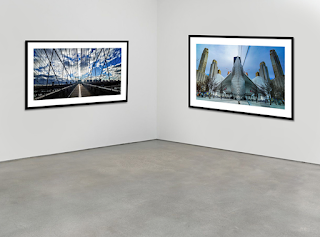 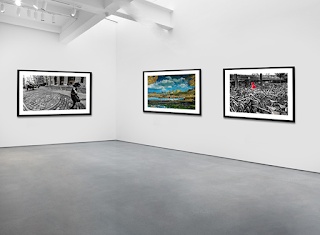 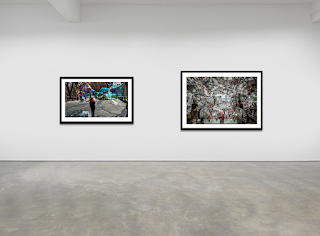 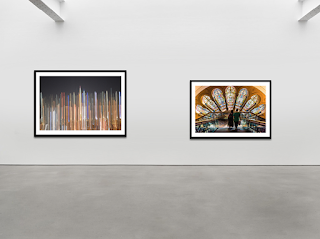 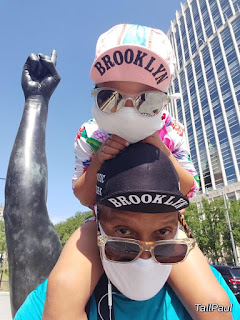 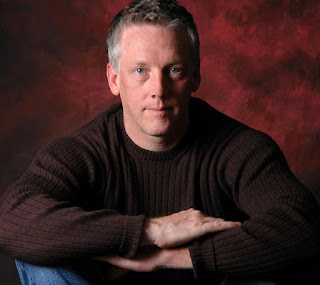 Robert Berry Gallery Announces New Show, PerFlection and (im)Perfection: One Vision in Parallel Lives: New works from New York City-based photographers Paul Mondesire and David Mathison emphasize reflection, contemplation and the meaning of perfection. We had the extraordinary opportunity to interview both artists. On view at Robert Berry Gallery from now until September13, this beautiful exhibition is not to be missed!

David Mathison: We met playing freestyle frisbee in the Sheep Meadow in the 80s.

David Mathison: We stayed in touch. Sometime after I started shooting around 2014, I realized we had similar eyes when it came to photography.

Paul Mondesire: We were casual friends who used to throw the disc around together. Dave was a serious competitive Ultimate Frisbee player playing for “New York, New York" a championship level squad. I was a hybrid Jammer (Freestyler) and Heaver (Long thrower favoring the 175G Ultimate disc) who united the two Tribes, forming a large group who have stayed together up to this day.

David Mathison: Paul recently approached me with the idea to showcase our work as a team since some shots, locations, angles, styles were uncannily similar. It all came together rather quickly. I'm grateful to Robert Berry Gallery for shepherding us through the process.

Paul Mondesire: We connected again via FB after many years. I saw some pictures that Dave posted that looked like pictures I would have taken. After the third time that happened, I found an image that matched his composition perfectly even though they were shot at different times and in different locations. The similarity was uncanny and I told him we should have lunch and talk.

David Mathison: Paul came up with PerFlections, which I think is a great descriptor of what we had already been doing but didn’t have a name for. The images come organically, for me anyway. I see reflections, shadows, mirrors, everywhere.

Paul Mondesire: The concept for the show was reverse engineered. Pre-COVID we decided that we wanted to do a show in the lounge of my building and in a lobby space of his building. I had come up with the term "PerFlection" to describe pictures I took using mirrors or water that were so close to reality on both sides that one could become disoriented while trying to figure out which was which. (im)Perfection was a catchphrase that allowed us to feature images that were not of that type, but still would resonate with the person looking at them in a way that made them pause to reflect on their meaning. The honor of presenting our work at Robert Berry Gallery came through my collaborating with him on a mural project created by Shepard Fairey for the CityKids Foundation in 2010. I approached him for advice on doing a show during the pandemic and he suggested his virtual gallery might be a sound solution. Kismet!

David Mathison: Definitely yes for me. My photos are influenced by current events. When quarantined, the field of view is limited. Subject matter is what's in front of you. But the bigger picture impact from the pandemic, at least technologically, is that real-time photography/video and seamless global free distribution is the norm. Now every person holding a mobile phone has a multimedia publishing and global broadcasting studio in their hands. The pandemic has forced digital transformation into every nook and cranny of every business, religious/political organization, and home in just a few short months. Microsoft CEO Satya Nadella said of the pandemic "We have seen two years’ worth of digital transformation in just two months." The pandemic didn’t just change art and photography, it changed everything.

Paul Mondesire: "Speaking for myself that answer is a qualified yes. We live in troubling times. Not only is there a worldwide pandemic but we have protests against racial animus and societal inequities playing out in our streets across the nation every day. This combination has made art even more important as a tool of communication among people who need relief from the onslaught as well as for sharing the differing perspectives that the arts provide for us all."

David Mathison: My takeaway both from the pandemic and having survived the last four years is that it's hard for people to know what’s real and true anymore, whether it’s the news, a person, a place, or an image. The world is upside down. The shadow is showing. My photos reflect a world that seems familiar but is in fact quite foreign. There is no normal. There is no "right-side up" in outer space. I hope my photos make people turn their phones upside down, question what they are seeing, especially if it is a comforting or familiar subject or area.

Paul Mondesire: I turned 60 this summer and these are the strangest, most turbulent, and darkest times of my life. I am also the father of a 3-year-old daughter to go with my 25-year-old. This means that Hope is Always in My Heart as cynicism is of no value when raising children that you wish to be functional and productive adults. I recently heard Gloria Steinham interviews and she stated "Hope is a Plan." I believe that is right.

My inspiration comes from waking up each day, riding My Trusty Steed for meditation in motion, and embracing whatever challenges are to come. That may sound corny but the alternative is falling down the rabbit hole of media driven bad news. I use my smartphone (LGG7Thinq) a lot these days because it is hand and takes excellent pictures. My main goal is to capture moments that intrigue or move me in some special way.

David Mathison: PerFlections has given Paul and I an opportunity to share our similar yet different perspectives on the world around us through photography. My hope is that people are inspired by our work, that Paul and I will collaborate on a future event, that I can integrate my shadow on the journey to self-actualization, and that people can live together harmoniously.

Paul Mondesire: My hope is for a better world. While I define myself as spiritual rather than religious, I always express gratitude for the many blessings in my life and keep my eyes on the prize moving forward. Having a baby at the age of 57 makes you extremely clear as to the value of hope every single day. The joy in her face and the joy she brings her parents, my mother, and all people in our lives is the best possible reminder of my dedication to this mantra I adopted using this hashtag: #Resolve2Evolve.

To learn more, see more and to view this exhibition, click here.

Big Thanks to Deborah over at Geiger Communications for making this interview and feature possible!