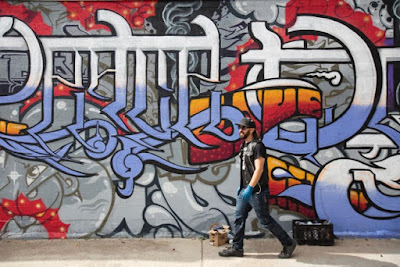 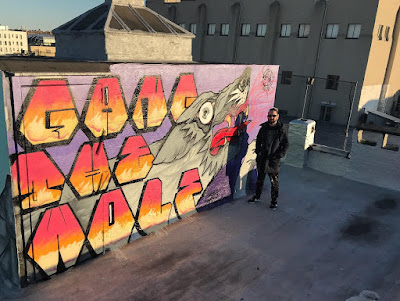 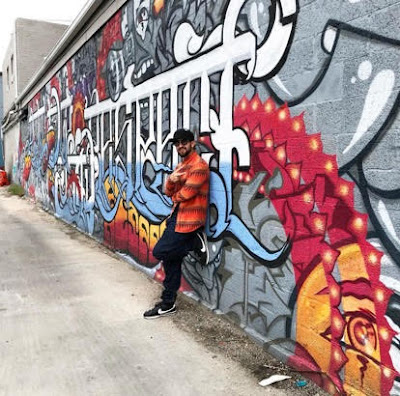 In the current political climate, the back and forth banter and negative connotations that come with so much of the news, whether it is “real” or “fake” (who really knows!?), can be downright exhausting. It is most refreshing to come across feel-good stories, outlets that promote good Samaritans doing the “right” thing, and stories where people are uniting and coming together to help one another - and for no underlying reasons except to just make the world a better place. Joerael Numina is one of those people.

A Texas born and based artist, Joerael is the founder of the Mobilize Walls, a series of murals that have, simply put, “out sm(art)ed and out scaled” President Trump’s proposed wall. The concept is quite the exact opposite of “The Wall” we have all come to know, as it is a tool for uniting rather than a means of separating.
Mr. Numina  grew up defying society, whether it be on a skateboard (which is political in itself) or through graffiti writing and his other artistic outlets. He is no stranger to pushing the boundaries. In a self-proclaimed "Texas Fashion," his art is blunt but kind, embodies a sense of humanity while still addressing serious matter. He questions the fibers of communities in which he displays his works, while inviting the community to get involved and do the same, to challenge and provide critical thinking and create awareness that goes beyond any "walls" that physically exist.

Numina cites drawing has his favorite form of expressing himself. While it is on the other end of the spectrum from mural painting, drawing is not done for the public, require precision and is between the artist and his paper. His murals and specifically this incredible project are on a much different scale both figuratively and literally. It's not something an art collector could collect, it is erected in    order to become the fabric of the place it is made and serves as a public experience that can't be hoarded by one person. It can start a conversation, whether it be from the artist to the world or to two neighbors that have never met that have decided to venture outside to explore this new fabric of their society. A wall that is far from "a wall," Joerael's Mobilize Walls are structures that prove to create a bridge to connect all those around it.

To learn more and see more, click here.
Big Thanks to Beth Brett for making this feature possible!